The Brampton Soccer Club (BSC) strives to promote and improve the way soccer is experienced for its members in the city of Brampton. Our goal is to foster a community of positivity and team spirit amongst our members, supporters, and teams. We are committed to helping individuals develop their roles as responsible and resourceful members of the community by providing organized opportunities through the sport of soccer. We aim to maintain and increase interest in the sport while fostering physical, mental, social, and leadership skills in our members. Above all, Brampton SC places a strong emphasis on the safety of its members and teams by exercising general care, supervision, and direction over the sport.

About the Brampton Soccer Club

The Brampton Soccer Club (BSC) is a non-profit organization that is run by a Board of Directors elected annually by members at the Annual General Meeting. The club was established in 2019 by the amalgamated of Brampton Youth Soccer Club and Brampton East Soccer Club. Since the amalgamation the club has grown tremendously, with over 3,500 annual registrations to date!

BSC is committed to providing organized opportunities through the sport of soccer for its members. We provide a variety of year-round development programs for players, coaches, and referees. Learn more about our recreational and competitive league programs.

BSC recognizes that continuous club development is an important aspect of making sure our members are getting the best experience possible. We currently employ a professional staff member to oversee and coordinate the development of our programs. 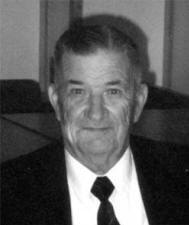 David moved to the city of Brampton in 1970 and immediately began his volunteer efforts as a referee with The Brampton Youth Soccer Club (BYSC). He refereed for several years, completing 101 games in the year 1970 alone! He has held several other positions for the club, including Representative Coach, Director, Convener, and Club Secretary. Following this, David ran for Club President and was elected twice, from 1979 to 1981, and from 1992 to 2000.

David has held many esteemed positions in the Brampton soccer community. He has been a Convener for the Peel Halton Youth Soccer Association (PHYSA), South Region Soccer League, and the Ontario Cup Preliminary Rounds in Brampton for several years. He also served on the Discipline Board for the South Region Soccer League, and was the founder of the Soccer and Skills Program in 1972. David was the Chairman for the Brampton International Soccer Tournament, and for the Pine and Rose International Soccer Classic Tournament for over a decade. He was a significant driving force in the creation of Brampton’s first indoor soccer facility, the Ken Giles Soccer Centre.

David has committed several years of his life to enhancing the sport of soccer for youth players in Brampton. Through his continuous devotion and love for the game, he has helped over 35,000 members at BYSC develop their physical, social, mental, and leadership skills. Many of our members have even achieved university soccer scholarships that were obtained through intensive skill development with programs at the BYSC.

David has always told his teams to wear the BYSC uniform with pride, instilling a strong sense of community in our members. Our alumni frequently come back to volunteer their time as coaches, managers, trainers, referees and executive members to give back to the organization.

David was an active member of the club until his untimely death in 2000. Thanks to his selfless and extraordinary efforts, soccer has been an enriching and positive experience for so many of our members. The BYSC, the PHYSA and Ontario Soccer will continue to remember and respect his tremendous contributions to the sport he cherished.

Policies are an important part of maintaining safety in any organized sport. To view our policies, click here.